What started as simply purchasing and collecting reptiles from breeders at reptile expos quickly turned into a fully operational reptile rescue. The founder of Nate's Reptile Rescue (N.R.R.), Nathan Lysaght, has always had an interest in reptiles and their well being. His passion started when he received a Ball Python (below, right) as a gift in 2005 and slowly began taking in reptiles from both expos and people looking to re-home their reptiles. Eventually, in early 2010, Nate got the idea to start rescuing reptiles from people who could no longer care for them. The naming process for the rescue included several variations including: Nate's Reptile Emporium, Nate's Reptile Emporium and Shelter, Nate's Reptile Shelter, and Nate's Reptile Rescue and Shelter. Finally, after many attempts at the drawing board, Nate's Reptile Rescue was the end result. As of March 2014, N.R.R. officially became a non-profit reptile rescue based out of Pittsburgh and its surrounding areas that has aided in successfully rescuing, rehabilitating, and adopting out over two hundred reptiles. N.R.R. is a family-run organization, and could never hope to do what we do without the support of everyone involved including not just each other, but our many supporters and donors from over the years as well. 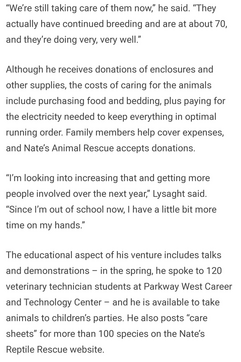 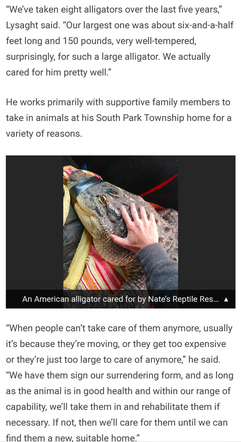 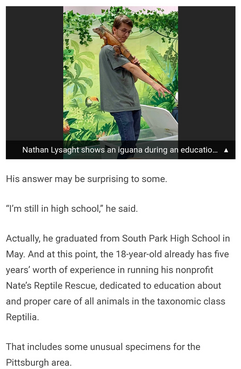 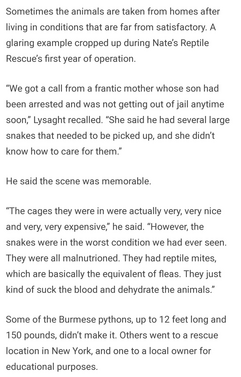 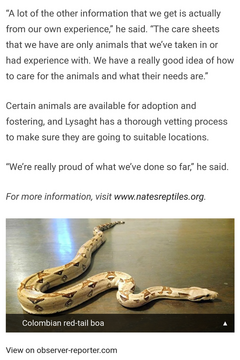 Special Thanks To The Groups That We Have Done Events/Articles With, Received Animals & Donations From, Or Seen Our Animals/Equipment Go To Which Include:

Education and responsibility are key when owning any pet, but sometimes you get bored and lose interest in them. They can become too difficult to take care of, need more time than you have available, take up too much space, become more expensive than expected, or maybe you are moving and are unable to take your scaly friend with you. We are just simply trying to stop the abandonment of reptiles, and inform current owners of their pets needs and proper care. 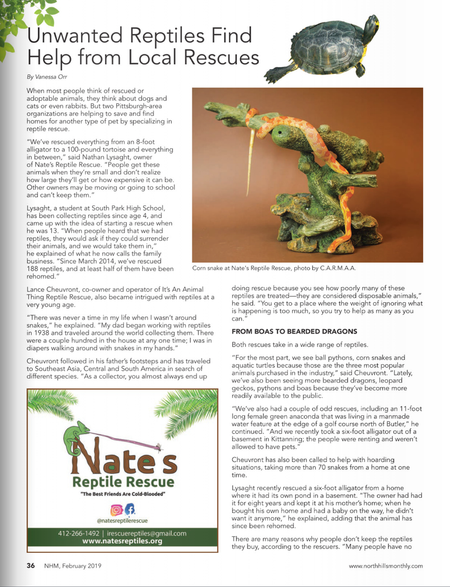 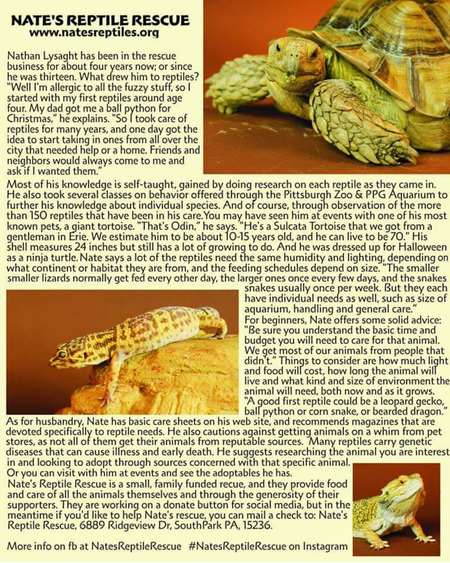 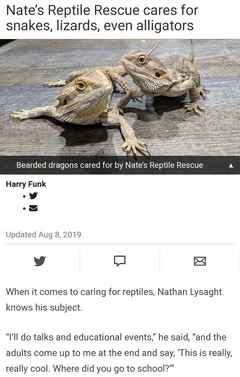 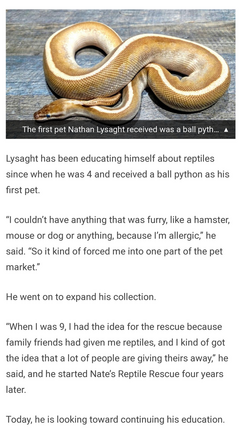 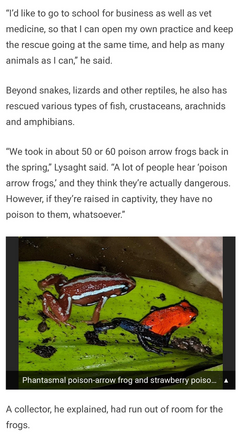 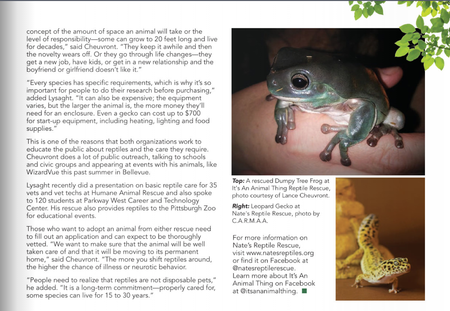 THE BEST FRIENDS ARE COLD-BLOODED
View on Mobile